Eating out has become a norm the past few decades as more Americans bring their family members out for meals. Along with that rise came an increase in the number of obesity cases in the entire land. A report from Pew Research Center in 2013 showed that the annual fast food income now stands at $110 billion and there are now 160,000 fast food diners in the U.S. The report added that 50 million Americans are served by these fast food diners on a daily basis.

In addition, the U.S. Department of Agriculture (USDA) disclosed that one-third of the American calorie intake today comes from fast food chains and restaurants. The figure is double than what it was three decades ago. And that is not to mention the number of adults who eat out three or more times per week, and the other twelve percent who take their dinners out more than seven times each week.

The reason for the huge trend in eating out is tied to less time for cooking, longer commutes, the growing number of households where both parents work, and the increasingly affordable options for meals out. No matter what economy the nation is in, eating out remains an option for many families who look for less expensive food choices, which are usually offered at takeout restaurants and fast food chains.

Reasons why eating out results to weight complications

Individuals who are fond of eating out often gain more weight in comparison with those who eat their meals at home. It is because at many restaurants, portion sizes have become bigger, which often means more calorie content. Super-sizing portions is a typical way to attract diners to restaurants as it gives the impression of more value for one’s money. Two decades ago, bagels had 140 calories and had a diameter of 3 inches. At present, bagels can be bought in larger sizes, specifically 6 inches, and containing 350 calories.

It has been revealed that food options offered at many fast food locations and restaurants have a lot of calories in them. It is this calorie content that has paved the way for the development of obesity in a lot of individuals. Among the components that restaurants and fast food shops use in their meals that can cause obesity are high fructose corn syrup, trans fats, sugar and processed grains. The shared trait of these foods is their ability to cause blood sugar changes that lead to the storage of food energy rather than usage.

With the climb in the number of dining establishments serving larger portion sizes as well as the number of families opting to eat, a considerable increase was also observed in the number of individuals diagnosed with obesity. An article from the Journal of American Dietetic Association showed that larger portions and eating a lot of fast food gave rise to the prevalence of obesity in the U.S. The journal noted that women who consumed a lot of fast food meals typically have a lot more body fat and consumed more calories and fat as well. In addition, a Temple University study noted that people who consumed more fast food meals weighed heavier and had higher BMIs (body mass index).

Due to the increase in portion size and calorie intake, the obesity rate in the US has more than doubled since the 1980s. Figures have also indicated that there is a noticeable growth in the number of kids who have been diagnosed as having a form of obesity. The rates of obesity in preschool children aged 2 to 5 years old have more than doubled, same with adolescents aged 12 to 19 years old. In kids aged 6 to 11 years, the figures have more than tripled. Approximately 9 million kids over 6 years old are diagnosed as obese, with 15% of them considered in danger of becoming overweight.

Dealing with being overweight

Since diet is a primary factor that contributes to the widespread cases of obesity in the country, it is imperative that Americans start improving their dietary habits and lifestyle. A fundamental way to resolve this is to control fast food meal consumption and to as much as possible avoid having to buy meals at these restaurants. Besides improving the diet, it is also vital to begin the habit of participating in energetic pursuits to avoid fat storage in the body. Nutritional supplements like Garcinia supplements have also been shown to be in increasing metabolic rate in those who regularly workout which encourages a loss in fat.

A diet enhancement and better lifestyle coupled with Garcinia Cambogia HCA is also crucial for the body. It does not just facilitate in weight loss through its natural formulation. It is likewise valuable for the body since it helps lessen hunger pangs and food cravings. With the assistance of improved nutritional habits and better weight management method, the obesity instances can be substantially reduced, helping people to bypass the effects.

Janice Martin is a professional journalist who loves to cover education, politics and social sciences. She is also a media influencer with 3 million followers. 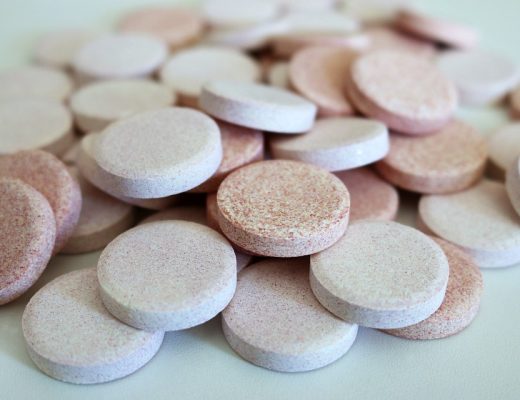 Making Your TikTok Presence Known: Tips for Boosting Your Followers

From Research to Production: How a Hand Held Pill Press Machine Can Speed Up the Process 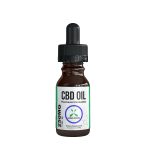 News is the portion of contact that keeps us aware of the outside world’s evolving activities, challenges, and characters. The key importance of news, while it may be informative or even entertaining, is as a medium to motivate the educated. Therefore, the aim of journalism is to give people the knowledge they need in order to make the best possible decisions about their lives, their communities, their societies, and their governments.  As such, the main goal of this site is to provide our readers the latest and hottest news across the globe. We cover wide variety of topics and industries to keep our readers informed about the latest happenings in the world.

Making Your TikTok Presence Known: Tips for Boosting Your Followers

From Research to Production: How a Hand Held Pill Press Machine Can Speed Up the Process